I'm not just back, I never left

I was so sick my family left without me.  I finally went to the doctor and was told if I had gone I would of ended up in the hospital minimum but a better chance I would of died in route so guess it was good I stayed home.   Taking 870 MG of Amoxicillin to fight off the strep throat and pneumonia I have.  My youngest son stayed home with me to take care of animals and he has it now too.  No insurance but we know whats going on so we are sharing my meds and I have more Amoxicillin coming in.   There are 3 people I listen to online.  #1 is Kal Sellers "The Mad Herbalist",  #2 Is Dr Bones and Nurse Amy.  They are retired down in Florida and teach so very many skills that we should all learn.  Make sure you check out their blog and I have posted on below that tells you how to stockpile antibiotics in case you ever need them.  #3 is the Patriot Nurse.  You can Google these fine folks and learn ways to make yourself medically self reliant.  We can't handle every medical emergency but with study from these fine folks we could learn enough to take care of most illnesses and emergencies.


I ordered in the 250 MG pills and can take 3 of them to get close to the dose we are taking.  Take care and learn and stockpile all you can.


FISH ANTIBIOTICS IN A COLLAPSE 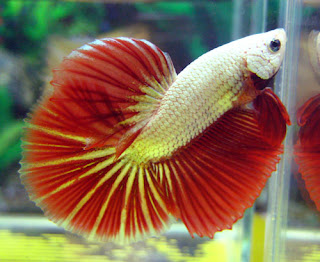 Hey Preppers,
Accumulating medications for a possible collapse may be simple when it comes to getting Ibuprofen and other non-prescription drugs. It will be a major issue, however, for those who need to stockpile prescription medicines but don’t have a relationship with a physician who can or will accommodate their requests. Antibiotics are one example of medications that will be very useful in a collapse situation that (you would think) are difficult to obtain in quantity.
The inability to store antibiotic supplies is going to cost some their lives in a collapse situation.  Why?  Well, there will be a much larger incidence of infection when people have to fend for themselves and are injured as a result.  Simple chores in a power-down situation that most of us aren't accustomed to performing, like chopping wood, will cause various cuts and scratches. These injuries can begin to show infection, in the form of redness, heat and swelling, within a relatively short time.   Treatment of such infections, called "cellulitis", at an early stage improves the chance that they will heal quickly and completely.  However, many rugged individualists are most likely to “tough it out” until their condition worsens and spreads to their blood.  This causes a condition known as sepsis; fever ensues as well as other problems that could eventually be life-threatening.  The availability of antibiotics would allow the possibility of dealing with the issue safely and effectively.
The following advice is contrary to standard medical practice, and is a strategy that is appropriate only in the event of societal collapse.  If there are modern medical resources available to you, seek them out.
Small amounts of medications can be obtained by anyone willing to tell their doctor that they are going out of the country and would like to avoid “Travelers’ Diarrhea”.  Ask them for Tamiflu for viral illness before every flu season, and Amoxicillin, Doxycycline and Flagyl for bacterial/protozoal disease.   This approach is fine for one or two courses of therapy, but a long term alternative is required for us to have enough antibiotics to protect a family or survival group. Thinking long and hard for a solution has led me to what I believe is the best option for the preparedness community:  Aquarium antibiotics.
For many years, I was a tropical fish enthusiast.  Currently, I am growing Tilapia as a food fish in my aquaculture pond.  After years of using these medicines on fish, I decided to evaluate these drugs for their potential use in collapse situations. A close inspection of the bottles revealed that the only ingredient was the drug itself, identical to those obtained by prescription at the local pharmacy.  If the bottle says FISH-MOX, for example, the sole ingredient is Amoxicillin, which is an antibiotic commonly used in humans.  There are no additional chemicals to makes your scales shiny or your fins longer.  Here is a list of the products that I believe will be beneficial to have as supplies:
FISH-MOX  (Amoxicillin 250mg)
FISH_MOX FORTE  (Amoxicillin 500mg)
FISH-CILLIN  (Ampicillin 250mg)
FISH-FLEX  (Keflex 250mg)
FISH-FLEX FORTE (Keflex 500mg)
FISH-ZOLE (Metronidazole 250mg)
FISH-PEN (Penicillin 250mg)
FISH-PEN FORTE (Penicillin 500mg)

BIRD BIOTIC (Doxycycline 100mg) - used in birds but the antibiotic is, again, the sole ingredient
I understand that you might be skeptical about considering the use of aquarium antibiotics for humans in a collapse.  Those things are for fish, aren't they?  If this is purely the case, then why are all of the above antibiotics also commonly used on humans?  More importantly:  Why are these antibiotics in the exact same DOSAGES that are used in humans?  Why would a guppy require a dosage of FISH-MOX FORTE that would suffice for a 180 pound human adult?  It is my opinion that they are manufactured in the same way that "human" antibiotics are made; I don't have proof, but perhaps they even come from similar batches.
These medications are available without a prescription in lots of 30 -100 tablets for less than the same prescription medication at the local pharmacy. If you so desired, it appears that you could get as much as you need to stockpile for a collapse.  This would be close to impossible to obtain from your physician.  Of course, anyone could be allergic to one or another of these antibiotics, but not all of them. There is a 10% chance for cross-reactivity between Penicillin drugs and Keflex (if you are allergic to penicillin, you could also be allergic to Keflex).  I have removed FISH-CYCLINE (Tetracycline) from this list due to lingering concerns on the part of some about its use, once expired. There were some reports in the 1960s about kidney damage after expiration (the formulation has changed since then).  This one additional fact:  I have personally used some (not all) of these antibiotics on my own person without any ill effects.  It’s important to note that I am speaking primarily about aquarium antibiotics, as some dog and cat medications also include other chemicals and are not just the antibiotic.
These antibiotics are used at specific doses for specific illnesses; the exact dosage of each and every medication is beyond the scope of this handbook. Suffice it to say that most penicillin and cephalosporin meds are taken at 500mg dosages 3-4 times a day for adults, (250mg dosages for children), whereas Metronidazole (250mg) and Doxycycline (100mg) are taken twice a day. It's important to have as much information on medications that you plan to store for times of trouble, so consider purchasing a hard copy of the latest Physician's Desk Reference. This book comes out yearly and has just about every bit of information that exists on a particular medication, including those that do not require prescription.  Indications, dosage, risks and side effects are all listed.
If we ever find ourselves without modern medical care, we will have to improvise medical strategies that we perhaps might be reluctant to consider today.   Without hospitals, it will be up to the medic to nip infections in the bud. That responsibility will be difficult to carry out without the weapons to fight disease, such as antibiotics.  Alternative therapies should be looked at carefully as well.  Honey and garlic have known antibacterial actions, as do a number of herbs and essential oils.  Some swear by the action of colloidal silver.  Be sure to integrate all medical options, traditional and alternative, and use every tool at your disposal to keep your community healthy.  If you don't, you're fighting with one hand tied behind your back.
Dr. Bones
Posted by Unknown at 2:31 PM