Just stopping by for a little chat 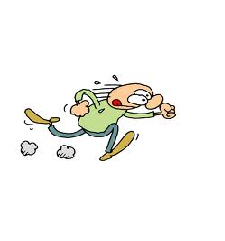 I haven't posted much lately because I am running all the time and when I sit down I tend to fall asleep!  I've just about got the garden fully reclaimed.  I have 6 beds left to plant and still have to pull weeds all around the fence and in a few aisles.  I want to save at least 4 beds later this summer to plant oats in.  It would be great if I can grow my own Gluten Free oats.  They get planted late in the season and winter over and get harvested the following summer like winter wheat does.  I think I will also try growing some dry beans this year.  Never have before as they are so cheap to buy but the prices have been climbing so fast I guess I ought to try my hand at it.

Early in May I got 33 baby chicks and 7 baby turkey's.  I actually paid for 30 chicks and 6 turkeys but they sent extra because the mail delivery had been taking up to 5 days.  I got mine the very next day so all but one turkey has made it so far.  We had one baby turkey that just didn't seem to know how to find the water or the food.  Pecked at the side of the container or at their droppings and finally died.  A friend told us to put shiny marble in the water and feed dish to draw it there but it didn't work on this one.  Anyway I moved them into the girl's rabbit playpen and gave them twice as much room as they had had.   Supposedly by next week they'll be ready to go out side but I think they need to be twice as big as they are now.  But the way they are growing they might just be that big next week!  Still no clue on how many roosters we got.  Looking forward to getting my son's hens out of here even if he is hoping I'll hang on to them until late September.

My son is getting married on September 8th so wanting to wait until after then to deal with them.  At least by then we'll sure know the hen's from the roosters!  Before winter sets in I'll butcher the rooster's and the old hens and fill my canning jars up with home grown chicken.  I got a smaller bred of turkey so they could reproduce and hopefully we can get a new crop of turkeys next year from them.

I have been harvesting snow peas like crazy from our garden.  I collect them and then work them up and blanch them and put them into freezer bags and freeze them.  I don't like to freeze very many items but I sure love my snow peas in salads and in stir fries!

Well I'm still here thriving.  Hope you have a good garden this year too!