How safe is your water supply?  Most of us just assume whats coming out of the tap is safe clean water.  But the fact remains we never really know what we are drinking.  We assume its safe until something happens.

Most don't store water or just a little bit.  Most of us have no way to get more when the taps run dry.  We can't survive more than 3 to 5 days without water.  It's much more important than food.

What if something happens that you no longer have good safe clean water coming out of your faucets?  What are your plans after your case or two of water is gone?

Are you aware that they only test for at most 100 different contaminants?  Are you aware that our government keeps changing allowable levels of pesticides & herbicides?  They have to keep raising it because more and more of it is getting into our water supply.  That doesn't mean they think the new higher levels is safe, they just have to make it higher or none of us would have a clean water supply.

I hear on the radio all the time about such and such community  has a boil order for various reasons, usually because a water pipe has broken.  This happens a lot in communities that have older water lines.  The summer heat, changing seasons, freezing and thawing of the ground and they just give out over time.

So how safe is your water after you boil it?  Most of us assume its safe because our government and Red Cross says it is.  But I've always wondered what happens to the bacteria after it's killed?  When you boil water it becomes more condensed.  The bacteria might be dead but we are still drinking it and many times the dead bacteria break down into other endotoxins.  So is the boiled water really safe?  Will those dead bacteria really just pass through me harmlessly or what?

Can I filter them out?  Can I bleach them out?

Chlorination is also very effective at killing biological contaminants, but again it kills them but it doesn't remove them or any endotoxins and it also adds in another poison-chlorine.

Filters:  All filters fail at some point.  You usually are clueless on when they fail.  Filters normally do not kill or remove bacteria.  They  "trap" stuff in the filter where they can grow and multiply. 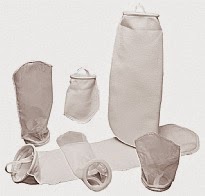 So is there a method to get clean water?  Yes

Ok, I know distilled water doesn't taste the greatest  but at least it's very drinkable and you know it is clean.  And I personally think it tastes much better than boiled water.

About a year ago I ran across a nonelectric water distiller that excited me.  Glenn Meder invented his "Survivalstill".  Every once and awhile he offers it at a great price and he also offers paypal payment system so you can get it on the paypal credit plan at 0% for 6 months.   I also ran across a site that compares 3 different water stills: http://www.survivalstills.com/survival-stills/

I love getting emergency prep equipment at great prices and having a painless way to finance it is great too!

Glenn also puts out a E-Book "Water Prepper Safe water is everything"  that explains water in detail.  He also explains how to make a water distiller using a pot with an inverted lid with a cup or bowl tied to it.   I tried this but it took a couple batches to get enough to drink.  But it did work.

Anyway, I wanted to update the blog on water with the new changes and make sure you all had it.  Water is the most important thing we can store.  You can't store a year's supply but you sure better make sure you know how to get more safely to replace your drinking water after what you stored is gone.

I hope this helps you & your family be better prepared.