On this Holiday Weekend, my thoughts for you 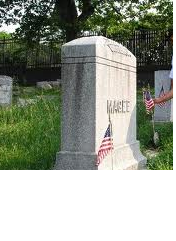 I use to love Decoration Day/Memorial Day.  It was always the time we got to go down to my grand parents and spend a day decorating graves of our family members who had passed on.  Before this trip, Mom always took us up to Ft Leavenworth to decorate Aunt Francis' grave too.  I still go to Ft Leavenworth and decorate her grave each year.  It isn't just those who died while serving our nation like Aunt Francis did but our family members who gave us so much.  We are a part of them.  They were part of what made us "Us".  Honor them for what they gave you.

I also wanted to add a note as several have said they could not add comments here so I went exploring and discovered when I clicked on the thing that said 0 comments, it then brought up a box for you to comment on.  So we now know how to make comments!

I will continue to urge you to share what you know with your neighbors.  You don't have to know it all, just a few things to share.  Knowing who around you is of a like mind may save your lives in the future.

I heard a show earlier this year which I thought might be a little extreme but they replayed it Thursday and I realized we all need to hear it now, right now!

I first learned about FEMA Camps from a Missouri Representative (not mine) who contacted me wanting to know if I could get him onto  Richards-Gebaur Air Reserve Base.  He had requested a tour of the FEMA Camp there and was refused permission to visit.  Several people had contacted him saying evil things were a foot in our good land.

This was a big eye-opening event for me.  It was a huge complex, well lite with a fence that was meant never to be crossed and security patrols guarding it 24 hours a day.  He told me he wanted to get some pictures and then remove his card and insert another before guards got to us.  I was laughing to myself because over the years we've taken lots of pictures of forbidden things on military sites and never once been stopped.  I was shocked at how fast they had a security team to us!  I gave them my ID and told them I hadn't been to  Richards-Gebaur since the 1970's when it was an active Air Force Base and we were just looking around before going to the Commissary that was still there.  They took the camera and deleted  the pictures he had taken and told us it was a restricted area and we apologized and went our way.  It helped that I had coolers in the car!  I was never so scared in all my life and I suddenly realized there might in deed be something to those stories about FEMA Camps.  They were not used for folks who had no where to go after Hurricane Katrina.  They didn't use it to store Prisoners in.   So what is the plan that FEMA built these huge centers across our country.  Now I know why he felt he had to hid his first memory card and fool them.  What is FEMA hiding from us?

Why are they suddenly buying hollow point bullets in massive quantity to give Forestry Agents, etc.  I've heard 1st hand accounts of hyper inflation in other countries and it's not a pretty site and takes many, many years to recover.   Getting your neighbors on board and have food, water, medical supplies can mean the difference in you surviving or being shipped off to a FEMA Camp.  This is a time when you don't want to be out looking for supplies.

Listen to this show and find your safe zone with folks surrounding you that you know and trust.

Have a blessed Memorial Day Weekend!
Cherlynn
brchbell@yahoo.com
Posted by Unknown at 11:33 AM