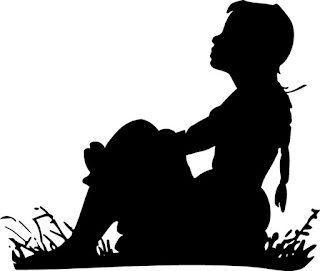 Okay, I don't usually get into politics but I feel like this is becoming a survival item.  This is something that has bothered me more and more over the last several years so today I'm speaking out. Since the early 1960's it's been a big movement to make women equal to men in all ways.  But now anyone with half a mind can see what they've worked at has done much more to destroy women not help them. 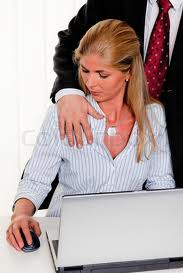 We are blasted every where we turn with what the media claims is how our women should act and none of them are to their benefit. I look all around me and see that most women are expected to "shack up" instead of getting married.  They get stuck with the kids and have to work full time and take care of the house and cook the meals and don't even get a marriage license to go with it.  Most have also been taught via media when things get tough or you just get bored you just walk away from any signs of family and start over with someone new.  Sounds like they turned our women into what my Momma would of called whores. 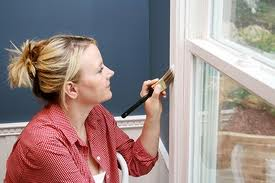 I posted a comment on Facebook early last week.  I remember jumping rope as a kid and singing little tunes and one of them was one I hadn't heard in years.  "First comes love, then comes marriage, then comes baby in the baby carriage."  It sure has been forgotten by most.

A couple days ago I ran across this list of 25 things that have happened due to the sexual equality process that has been going on for over 40 years now.   You can read it and ponder if you think all this has been good for us or not. 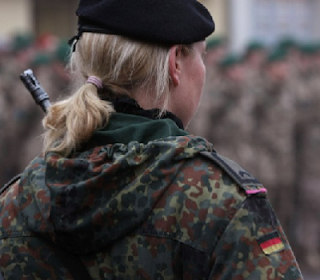 #1 There are 19 million new STD infections in the United States every single year.  Approximately half of them happen to young people in the 15 to 24-year-old age bracket.
#2 It costs the U.S. health care system approximately $17,000,000,000 every single year to treat sexually transmitted diseases.
#3 There were more than 1.4 million cases of chlamydia reported in the United States in 2011.  An astounding 33 percent of those cases involved Americans that were younger than 20 years of age.
#4 It is estimated that about one out of every six Americans between the ages of 14 and 49 have genital herpes.
#5 24,000 American women become infertile each year due to undiagnosed STDs.
#6 In the United States today, approximately 47 percent of all high school students have had sex.
#7 Sadly, one out of every four teen girls in the U.S. has at least one sexually transmitted disease.
#8 According to one survey, 24 percent of all U.S. teens that have STDs say that they still have unprotected sex.
#9 Amazingly, one out of every five teen girls in the U.S. actually wants to be a teenage mother.
#10 If you can believe it, the United States has the highest teen pregnancy rate on the entire planet.  In fact, the United States has a teen pregnancy rate that is more than twice as high as Canada, more than three times as high as France and more than seven times as high as Japan.
#11 When men don’t have to wait until they get married to have sex, then they are likely to delay marriage or never get married at all.  According to the Pew Research Center, only 51 percent of all Americans that are at least 18 years old are currently married.  Back in 1960, 72 percent of all U.S. adults were married.
#12 Today, an all-time low 44.2 percent of all Americans between the ages of 25 and 34 are married.
#13 In the United States today, more than half of all couples “move in together” before they get married.
#14 The divorce rate for couples that live together first is significantly higher than for those that do not.
#15 America has the highest divorce rate on the globe by a wide margin.
#16 For women under the age of 30 living in the United States today, more than half of all babies are being born out of wedlock.
#17 At this point, more than one out of every four children in the United States is being raised by a single parent.
#18 Approximately 42 percent of all single mothers in the United States are on food stamps.
#19 The sexual revolution has caused women to be primarily looked at as sex objects.  In this kind of environment, it should be no surprise that there has been an absolute explosion of pornography in recent years.  An astounding 30 percent of all Internet traffic now goes to pornography websites, and the U.S. produces more pornography than any other nation has in the history of the world.
#20 One survey discovered that 25 percent of all employees that have Internet access in America visit sex websites while they are at work.
#21 Overall, more than 50 million babies have been killed in America since Roe v. Wade was decided in 1973.

#22 When you total up all forms of abortion, including those caused by the abortion drug RU 486, the grand total comes to more than a million abortions performed in the United States every single year.
#23 The number of American babies killed by abortion each year is roughly equal to the number of U.S. military deaths that have occurred in all of the wars that the United States has ever been involved in combined.
#24 It has been reported that a staggering 41 percent of all New York City pregnancies end in abortion.
#25 One study found that 86 percent of all abortions are done for the sake of convenience.

No clue if we can reverse this or not but I had to speak out in hopes we can save our children and or nation.